For the last couple of hours I have just been updating the website, our inventory systems, stock management spreadsheets. Everywhere a reference to Fluorite would be. Why? Because it been spelled wrong. O. U. That isn’t text slang, sighing at my misdemeanour, it’s the order the letters in Fluorite (correct spelling) were in before today. Everywhere. Literally everywhere. I’m pretty sure after correcting hundreds and hundreds of flourites (I now know this to be the incorrect spelling) I am unlikely to ever spell that word incorrectly ever again, you would hope and imagine. Not one to ever say never, I’ll give myself a week.

In this blog post, the crystal meaning of Flourite (just kidding), is poked, prodded, probed and investigated under a forensic crime scene investigation style UV light and a magnifying glass while shaking our heads and making ‘mmm’ sounds.

Going through a binary phase

Fluorite pronounced FLAWR-ite (say it in an American accent, it helps with pronunciation) also known as ‘fluospar’ is the mineral composition of calcium fluoride, which forms when a halogen, in this case, fluorine reacts with a metal to produce a salt. Forming isometrically, this means, Fluorite, forms in cubes at the unit cell, which is the smallest repeating pattern that can represent the full crystal structure. Looking as if they have been carved or shaped this way chunky square cubes jut off all over the place. The most prominent example of this is a variation of Fluorite, Blue John.

Fluorite is a member of the halide family of minerals, these important minerals are in material chemistry known as binary phase materials as they are compounds that contain two different elements. One of these elements is a halogen atom and the other is a less electro-negative radical (an atom that tends to go for pairs of electrons when it comes to attraction).

This causes the halogen to bear a negative charge and depending on the origin of the halogen (fluorine, chlorine, bromine etc.) creates the corresponding, negatively charged halide (fluoride, chloride, bromide etc.). Another of the halogen family, chlorine, when reacting with a metal creates sodium chloride or common table salt. This is the first way fluorite can be related to chips in the form of deep fried potatoes in this article. There is more to come.

So much for the after day-glo

Fluorite is an abundant mineral. It is estimated that there are over 230 million tonnes deposited around the Earth. Found in greatest amounts in South Africa, Mexico and China with the largest deposits in the Northern hemisphere found in Canada. Many varieties of Fluorite glow under an ultraviolet (a.k.a. UV or dark) light. This is to say they fluoresce or are fluorescent, in that they emit light or electromagnetic radiation that has been stored but at a lower wavelength than the source. Take away the light or radiation source and the glow dissipates quickly.

This is only visible to the human eye when viewed under an ultraviolet light and gives the material a really funky neon day-glo. Anyone familiar with wearing a white shirt to a nightclub in the mid nineties will be well aware of this effect. For more fun and games draw a small spiral on your hand with a yellow highlighter, wash it off so it is no longer visible to the eye then view the area under a UV light. The glow lasts for weeks under UV no matter how many washes you have. Avoid covering the face then going to the supermarket as the checkout scanners operate on UV light.

The word fluorescence comes directly from the phenomenon of Fluorite light emittance under or near an ultraviolet light source. This property of Fluorite is useful for many applications but by far the most awesome is in the use of creating lasers. Step forward the exciplex laser that not only uses Fluorite lenses to concentrate the light but also uses the noble gas fluorine to create this ultraviolet laser. Exciplex lasers are used to create micro-circuitry for electronics, integrated circuits and cpu ‘chips’. They also are used for eye surgery.

If it wasn’t for Fluorite chances are that you may not be viewing this on the device you are holding in your hands. Fluorite is used in the manufacture of lenses because of a phenomenon in optics called dispersion chromatic aberration. This is when light enters a lens and fails to focus all the separate wavelengths of colour on a single point due to the refraction index of the lens material. Fluorite negates this more than other materials meaning all colours are in phase and sharp images are produced whatever angle they enter the lens via.

The variation in colour of the Fluorites is the reason for it being labelled as “the most colourful mineral in the world”. Any colour and combination thereof is seemingly possible due to impurities while forming ranging from solid hues to clear crystal and layered rainbow like glass. A search for Fluorite on the site and the variation in colours of just the items we have in stock shows a vast spectrum but is only the tip of the iceberg in terms of what is available and possible. A rainbow melange of nature’s greatest hues abundant in variety and bountiful on beauty.

So far we have learned that Fluorite glows, makes mega cool lasers that goes into the production of the device you are viewing this article on and is a relation to what makes chips taste so damn good. Fluorite, I, for this last point in particular, love you.

Let’s turn to some of the holistic healing and metaphysical crystal meanings of this incredibly versatile and useful stone.

Let’s clear this thing up…

The crystal meaning of Fluorite on the whole is all about clarity, clarity of the mind, body and spirit. It can be harnessed to clear mental fog and periods of uncertainty bringing focus or decisiveness to a situation or dilemma. For those with uncertainty or anxiety this is a great stone have about the person as it cuts through the negative self chatter and reveals the truth of a situation or environment that may prove problematic based on false assumptions otherwise. If kept in the bedroom Fluorite can be an aid to dream exploration as it is said to open the pathways to angelic realms that protect the dreamer or astral traveller from negative influences or interactions.

It has also been stated that having this and practicing dream control can raise the I.Q. through insight and information gained from higher realms of creative intelligence. Those plagued by night time disturbances such as night terrors, persistent nightmares and sleep paralysis would benefit from the protection this stone can attribute the owner. Set it as near to the bed as is possible at night to experience a release from these disturbing nocturnal occurrences.

One of the additional effects of the aforementioned clarity of mind is that is a great aid to those engaged in physical training who may lack motivation and discipline. This stone also aids with respiration, joints and skin which further goes to aid those working in improving health through physical pursuits. Balance can be seen to be improved, again, linked to the clarity of mind another offshoot of this is that it can relieve symptoms of mental distress, confusion and mental fatigue. The linkage between the clarity of the mind and the effect that has on the entire being is comprehensive.

To experience this complete overhaul that starts in the mind a simple technique to quickly attune to these transformative energies is known as a balancing. This is done by lying flat on your back and placing a Fluorite stone on the third eye position on the forehead. This it is said brings balance to the hemispheres in the brain and clears mental debris. Do this for as long as this is comfortable daily for at least thirty days to bring about a noticeable, lasting change. Over time this may negate, if the clarity of mind is slipping then restart the practice.

As you can probably already guess Fluorite is excellent when incorporated into a meditative practice. This was mentioned in the Blue John article, being a chip off the old Fluorite block, and the same holds true because the clarity and the ability to slip into that ‘no mind’ state makes this a blissful stone to have about when meditating of holding onto while partaking. Having a few different varieties of Fluorite around can pronounce and amplify this ten fold. From continued practice and elevation into higher realms of consciousness utilising Fluorite opens the owner to a greater intuitive state. Empathy opens at the heart guided by the third eye to assist the spiritual journeyer.

Fluorite in its many incarnations is a stupendous stone to add to any collection. Either for its  varied ornamental appeal that can look great displayed in cabinets or on shelving or for its use in holistic healing for the energetic practitioner that can affect the being as a whole starting at the head and permeates throughout. 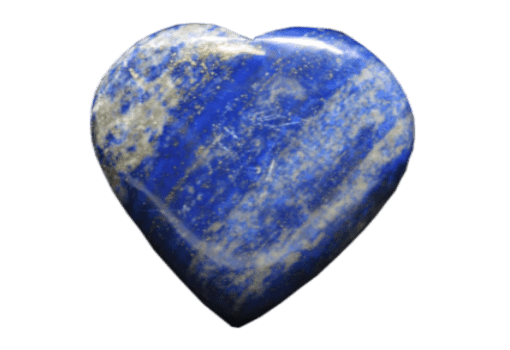 In this article the astounding uses and claimed healing powers of the beautiful blue Lapis Lazuli crystal mineral are explored and revealed. 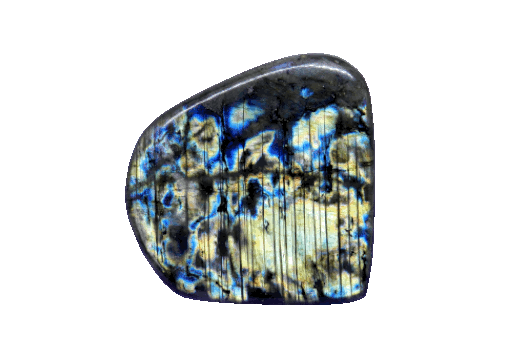 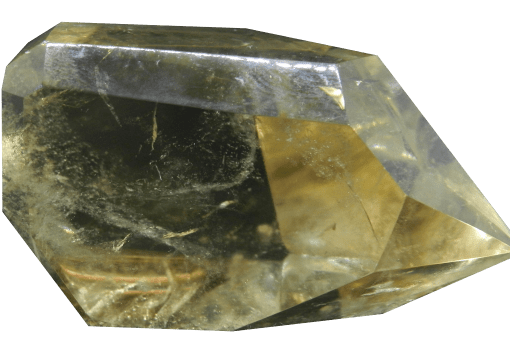 An all rounded crystal healing grounder? Find out the why and where for by reading this article dedicated to the gorgeous citrine. 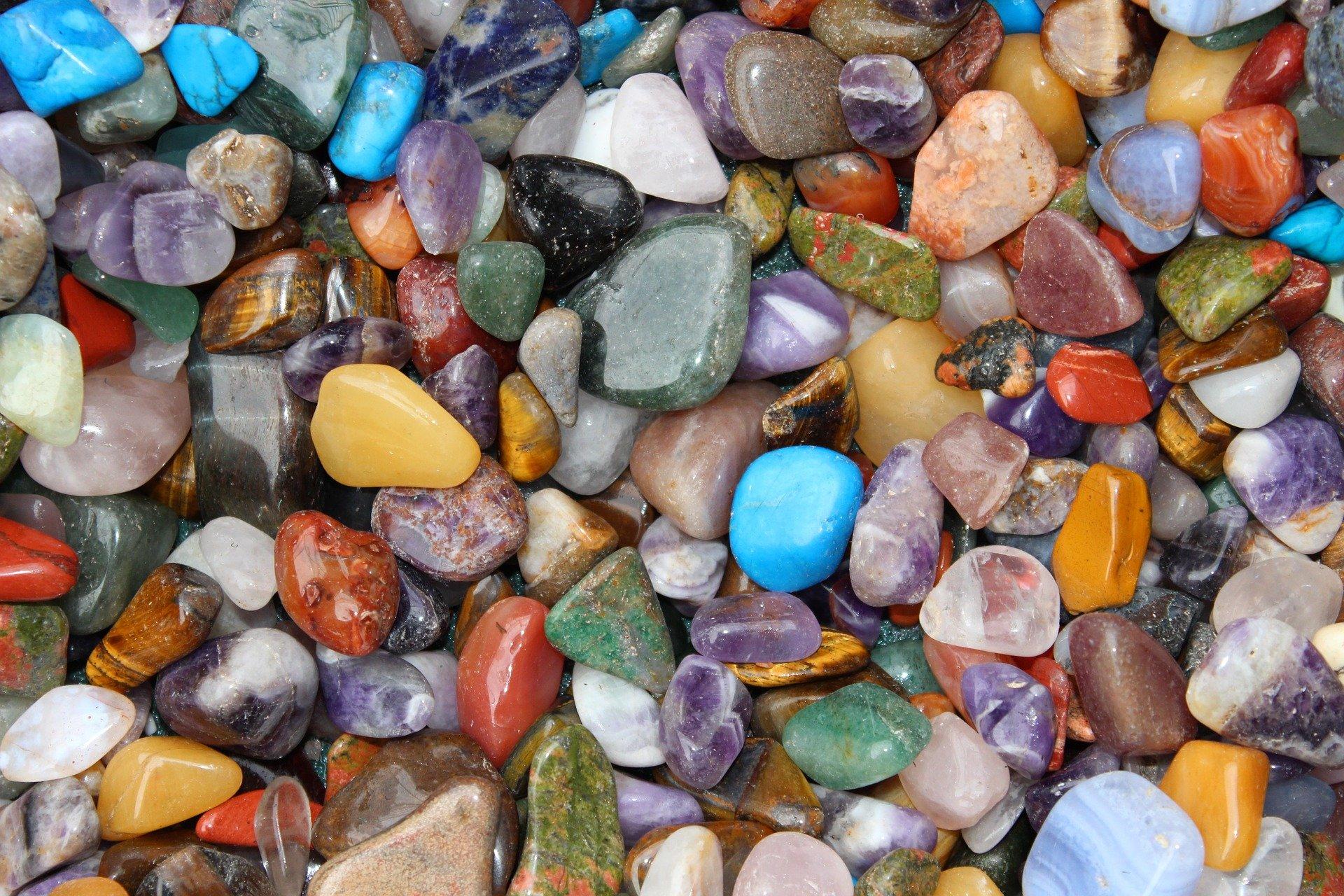